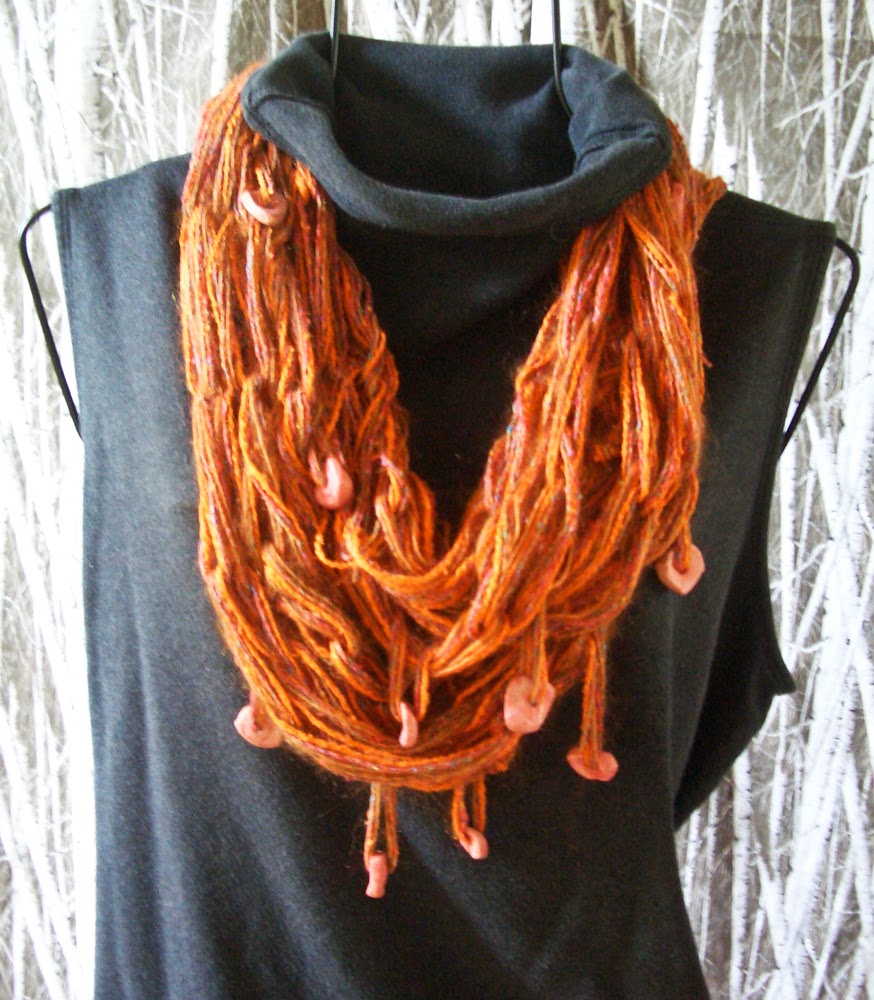 I did not knit until I was 50. No knitting until I was 50 had been my mantra for many decades.    I actually started blogging to document my tumbling down into the rabbit hole of knitting.  Would I change from a weaving diva to a knitting knut?

Well, if you had been reading my blog way back when you would have seen I gave knitting a good shot yet in the end I simply was not a knitting knut.  It took way too much concentration.  I really was looking for something I could do while watching TV at night.  I failed miserably at the knitting/TV thing.  I could knit or purl with wild abandon.  However, anything requiring any concentration; like a pattern or counting the number of stitches...ah the mistakes would outnumber the correct stitches...I couldn't even do that simple pattern...(hmmm what was it...two knits, two purls and repeat over and over again.)

Anyway, one of my face book friends said she had watched a fun video on arm knitting  which for some reason I watched.  Check it out if you haven't seen it done before. The instructions are right on.

I was intrigued.  Knitting without needles.   I promptly went out and bought some thick bulky yarn as recommended in the video.  There was none in my extensive stash. This is yarn I would never in my wildest dreams have purchased for any reason.  And would have never known what to do with.  Now I know at least one reason...

My first attempt at arm knitting took about fifty minutes with the TV on and included multiple watching of the YouTube video. Once I got knitting it was quite a hoot!  Knitting without knitting needles.  You just move the yarn from one arm to the other and end up making these huge loops.

I didn't make my scarf as bulky as in the video.  Wearing anything that thick in Southern California will bring on a fever.  After completing one I was hooked.  I tried making them less bulky and more colorful by incorporating yarns from my stash.  Next I added some left overs from my silk tie project and then hit my bead boxes.  My favorite is the orange one above with pink clay beads that pull down and distort the knit. 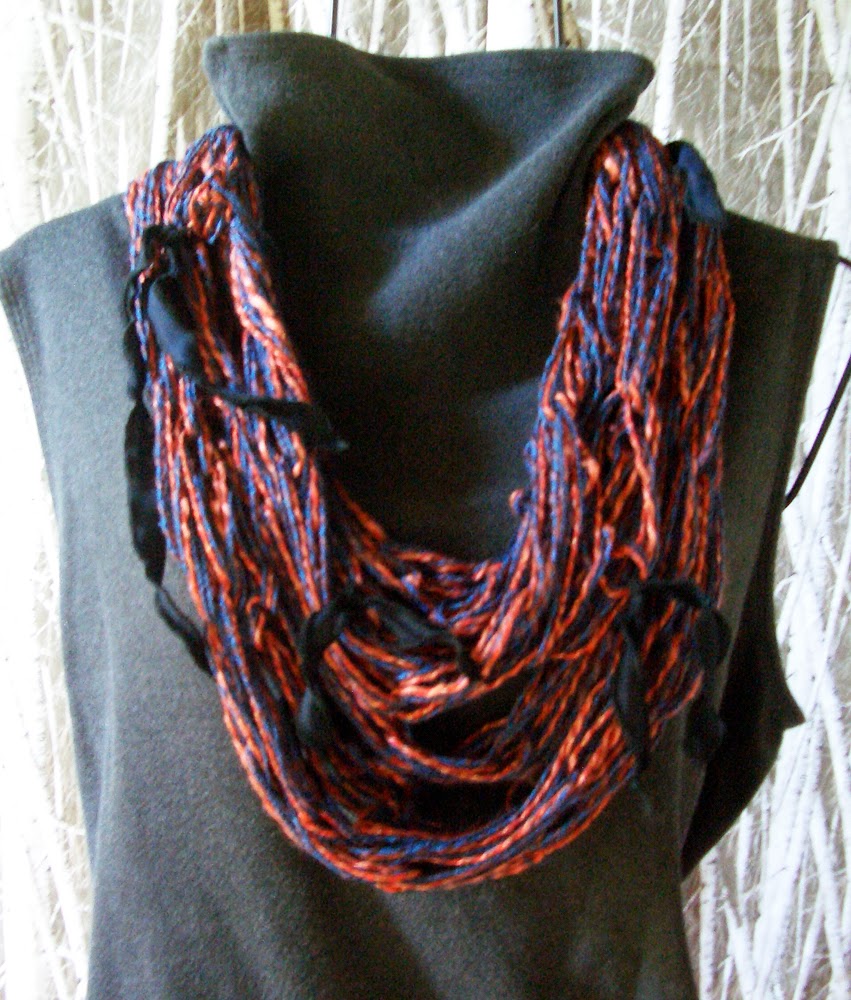 I know there is something 'out of the box'  I can do with this concept of arm knitting besides...it will come to me eventually.


Posted by Notes from Nicki at 3:58 PM No comments: